Supporting education for orphans, one bottle at a time

Richard and Dia Keizer have helped support the Sonaf Maneka Orphanage in Kupang, West Timor, Indonesia, for the past seven years. Since early 2018 Richard has utilised the Return and Earn container deposit scheme to raise additional funds, returning tens of thousands of bottles and cans.

He says lots of neighbours, friends and local businesses in Berowra keep bottles for him. “I spend a lot of time collecting bottles and cans. It’s not quite a full time job, but it keeps me busy. I’m very, very happy to do it though.”

Richard and Dia are regular visitors to Indonesia. Each year they visit the orphanage in Kupang, and say they know most of the 110 children by name. Due to Covid-19 they may not be able to see them this year, but are in regular contact with them. 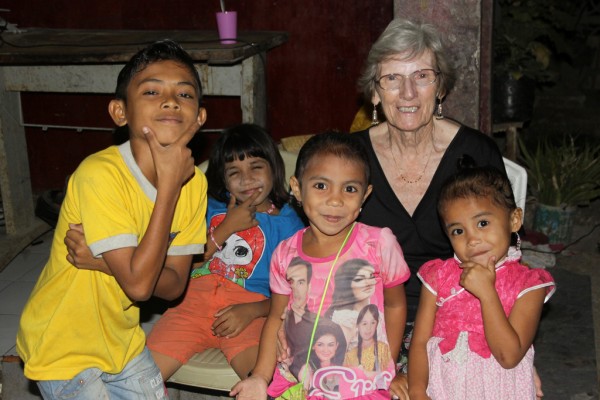 The orphanage was founded in the 1980s when Yuliana Bulu Manu, a widowed school teacher, began taking in some homeless children and helped them return to school. The orphanage has expanded over the years and now has its own block of land and purpose-built building. Quite a number of the earlier children keep in regular contact with the orphanage and help wherever they can.

“It’s not run like an institution, but as a large family unit,” says Richard. “It is run with the welfare of the children being the absolute priority. Sonaf Maneka in the local language means ‘Place of Love’, and that’s what this orphanage is all about.”

After Yuliana passed away in 2008, two of her adult children, Blasius and Maria, took over. With no government funding at all they depend on their own efforts, with a little bit of support from only a few local donors.

Richard says costs add up, not only for food, but especially to keep all the children in school. Even though school up to the age of 15 is mostly free, there are always additional expenses such as uniforms and proper shoes. With Covid-19 now a major problem there are additional costs such as internet and smartphones for the children in high school and university, so they can study remotely.

Fundraising also takes place through a yearly market Richard and Dia organise at their church, and through seeking donations, including sponsorships for tertiary education. “But we can’t keep asking people again and again for money,” says Richard. “Collecting bottles and cans is an ongoing thing that really helps with our overall fundraising.”

“We have no overheads. Every single cent goes to the orphanage,” he adds.

To find out more, go to: https://sonafmanekaorphanage.wordpress.com/