Building the ark one bottle at a time

Aussie Ark was established in 2011 as ‘Devil Ark’, aiming to save the Tasmanian devil from extinction. Since then, the Central Coast charity has expanded to create wild sanctuaries for many other species of Australian wildlife including the brush-tailed rock-wallaby, Eastern Quoll, Rufous Bettong and the Long-Nosed Potoroo. 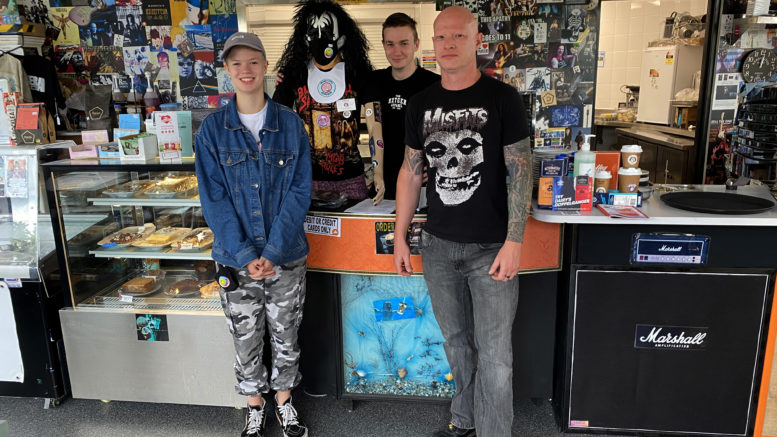 “We are committed to creating a long-term future for Australian wildlife by minimising the risks that have been introduced in the wild environment,” she says. “Return and Earn reduces these risks by removing litter and rubbish that can affect our natural environment and waterways, creating hazards for wildlife.”

The idea to fundraise via Return and Earn, however, came from a local business, Say When Cafe. Dave Howard, the cafe owner, decided to start collecting bottles and cans for charity as he was increasingly concerned about the lack of action and awareness of Australian animals headed towards extinction.

“I decided we’d go straight to the top and put everything directly into Aussie Ark,” Dave says.

Dave says they collect empty containers from the cafe as well as ask Central Coast locals to donate their bottles and cans. Despite Say When Cafe being a new business that was hard hit by COVID-19 restrictions, all money raised through Return and Earn has gone to Aussie Ark.

“Say When Cafe was first to introduce us to this way of fundraising and we are delighted to be a part of it,” says Tara. “They have already raised over $200 which is amazing!”

Sustainability has always been important to Dave and is a major part of how he does business. “The core of our business was always to be setup to support local first,” says Dave. “We use Australian products and buy from companies with strong ethics and sustainability programs where we can… profits are not the only thing we pride ourselves on.”