Scout groups across Australia have embraced Return and Earn as a way to raise funds and learn about environmental issues.

Karen Christophers, the Pack Leader of the St Andrews Cub group, has introduced the container deposit scheme to her group of 8- to 11-year olds, even making it a way for the children to earn badges.

She says initially the Cubs would just collect containers at home to bring to the Scout Hall.

“When we began we did a walking excursion to the Return and Earn deposit point. The Cubs filled up their backpacks and had a ramble,” says Karen. “The funds we raised through that covered half the food for the end of year camp at the Kiama Scout Hall.”

The kids have continued collecting containers, and funds raised go towards activities, crafts and trips. This year they were able to purchase a new tent for Cub camps.

“Being a small group we don’t have a lot of funds – a couple of hundred dollars can make a huge amount of difference,” says Karen. “It allows kids that can’t afford things like camps and activities to participate.” 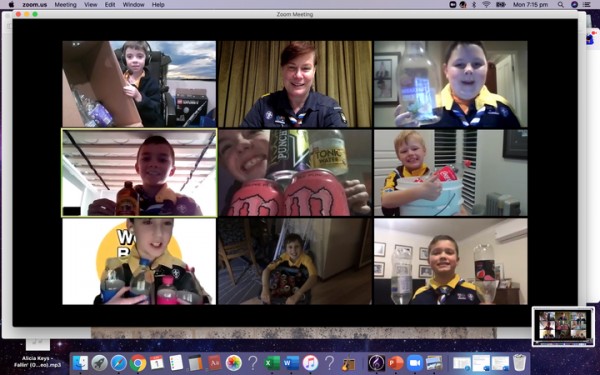 Return and Earn also fits with the group’s environmental focus.

“Community and the environment is very much part of the Scout ethos. Some of our badge work is about the environment – we make crafts out recycled materials, we go on bush walks and talk about environmental damage,” says Karen.

“A lot of them pick up litter on the walks now, including containers that we can return. Using Return and Earn has helped build the idea that if you see something on the ground, you don’t just walk past, you stop and pick it up.”

Karen says that since Return and Earn launched there has also been a lot less litter in her local community. “There are far fewer bottles on the ground than before. The Cub group cleans up the Eagle Vale Pond each year and we used to get canoes full of rubbish, but now we’ve noticed a huge decline in bottles and cans.”