Not for Profit category

All Return and Earn return points located in Greater Sydney including the Blue Mountains, Central Coast, Wollongong and Shellharbour will be temporarily closed from 11.59pm Tuesday 20 July until 11.59pm on Friday 30 July 2021, in accordance with the latest Public Health Orders.

All other return points located outside Greater Sydney remain open and can be accessed in line with the latest Public Health Orders.

Find out how Return and Earn is responding to COVID-19 here. 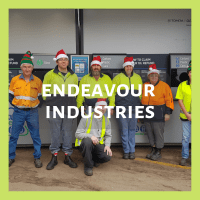 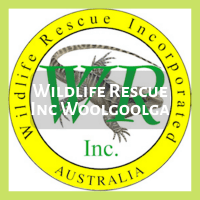 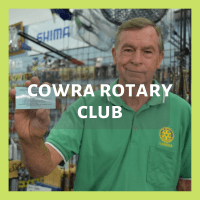 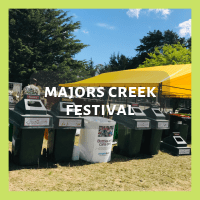 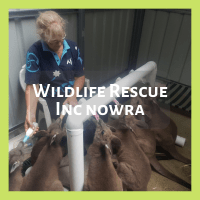 The Return and Earn scheme provided Endeavour Industries with an opportunity to engage their staff and disabled employees in supporting the scheme. The goal was to encourage people depositing their glass and plastic containers at the two Return and Earn sites to direct their refunds to Endeavour Industries Goulburn.  Their recycling staff got involved in the project, posing in front of the sites for photographs that were posted on their facebook page, convincing supporters to make videos to encourage interest. As the message spread, even their Chairman got into the spirit, telling guests at an event that depositing containers at Return and Earn sites was an easy way to support Endeavour Industries Goulburn. Besides providing a regular income stream – used for purchasing office supplies including food for a staff BBQ – it also supported their goal of reducing the amount of recyclable waste going to landfill.

Cowra Rotary members collect from elderly residents and others who have difficulty in getting to the Return and Earn centre, as well as collecting from several business houses, such as the Cowra Japanese Garden Café and Cowra Rugby Club. People can also deliver straight to the Rotary collection point every Saturday – a much more relaxed and quicker experience. As of March 2019 they have raised over $2000 for charity. The scheme has been so successful, that Rotary now has, in addition to their own personal collections, a company which collects from their shed once a month and delivers the materials for processing.

The Great Lake’s Women’s Shelter engaged in the Return and Earn scheme to raise funds to assist the shelter in meeting its ongoing day-to-day operating costs and to raise funds associated with the construction of a purpose-built shelter for women and children in their area by 2020. Initially using Return and Earn to return containers, the shelter now receives donations through the scheme which enables them to receive a steady income. Tapping into local caravan parks and other short term accommodation, the shelter have made the most of living in a high tourist destination while keeping the area free from litter.

Around 2000 people come to Majors Creek Festival for the annual 3-day folk/blues/roots festival, held in Majors Creek (pop. 249) some 16 km from Braidwood. 82% of attendees camp at the Festival. In 2018, Festival organisers decided to enhance the Festival’s existing waste recovery/recycling project by separating containers eligible for Return & Earn from the general recyclables stream. It further decided to make the recovered containers available to Upper Lachlan Landcare group so that group could take advantage of the money obtained by returning them. Clearly labelled collection bins were sourced from Citizen Blue and placed at 12 points around the Festival site with the other waste collection bins. The Return and Earn initiative was well supported by Festival attendees with nearly 4000 containers diverted from the recyclables stream.

Wildlife Rescue South Coast volunteer members, feed and house sick, injured and orphaned native animals. Much of the cost of this is borne by the volunteer members, and the organisation raises funds to subsidise 50% of the cost of the food. One member’s property houses 30 joeys and the cost to feed them for 12 months at $40 per day is $14,600. WRSC decided to promote Return and Earn to its 300 plus members in the South Coast of NSW to raise funds to feed the wildlife in care, reduce the litter on the side of the road, and help improve the health of their wildlife. Using personal emails several times during each campaign with Return and Earn, and posting regularly on facebook their initial collections were approx. 1500 containers per month, more than doubling that to 3600 containers per month.