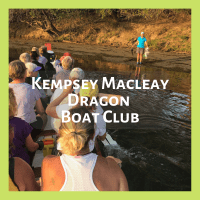 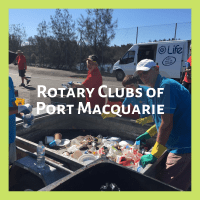 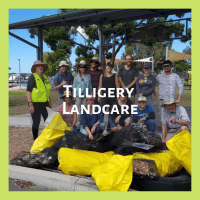 At 3.5 years old, Jonathon English adores the beach. Jonathan’s first Return was $6.40 , majority coming from our local beaches & walkways. Once the excitement of seeing the Reverse Vending Machine and a photo of “Wombat” he was determined to get more & learn all about it. With the backing of his community, including the postman, Jonathon has earned more than $300 and continues to clean up his local beach.

The River Rats project started as a labour of love by cleaning up the river. But learning about Return & Earn and that they could earn money for the club just by continuing what we were already doing was a ‘no brainer’. All the club members got involved, as well as their families and friends. The dragonboat club also became a DONATION PARTNER with MyTomra, letting people know on facebook, word of mouth and in the local papers. Annual regattas started on the river about 8 years ago so a couple of days before each regatta the River Rats get out and scour the foreshore for rubbish, in addition to their weekly clean ups. A wonderful fundraiser for the small club.

The Hundred Thousand Million Project is about collecting 1 million (1,000,000) refundable containers over an estimated 4 year period with a fundraising goal of one hundred thousand dollars ($100,000). The environmental goal was to reduce the quantity of recyclable containers littering public space or finding their way to landfill due to incorrect waste disposal by residents and businesses. In the 12 months the collection project has been operating, a total of 291,000 eligible containers have been collected, 16% above the 250,000 annual target.

The United Against Homelessness group, a Catholic community of the Vineyards Parish of the Cessnock LGA decided to collect all eligible containers from home use, community and sporting events and from around the town during the six-week period of Lent.  A direct result of the project was showing many in the community how easy and beneficial recycling in the Return and Earn scheme is and the benefits of fundraising to assist the socially disadvantaged. Soupz On and Hunter Hands of Hope each received a cheque for $280 at Easter.